"As He went a little farther, He saw James son of Zebedee and his brother John, who were in their boat mending their nets. Immediately he called them; and they left their father in the boat with the hired men, and followed Him." Mark 1:19-20

Three little words in that passage caught me: mending their nets. I pondered what the heart condition of someone mending their nets would be, and if that had anything to do with the immediacy of their response. Mending nets implies that there is a hole, perhaps a hole that cost them their catch. Maybe they are ready for a change, and Jesus, knowing all, waited until He knew they were ready to follow Him.

Meeting a friend for coffee the other day, I spied this package laying along the edge of the parking lot:

I started to step over, but the passage from Mark filtered into my head. I considered that the person who left their trash on the curb just might be sitting with a giant hole in their net, feeling frustrated, afraid, and uncertain of their immediate future.
In the same way I almost stepped over the box, how often do I step around those who are mending their nets? People waiting to hear Jesus calling to them are all around us. 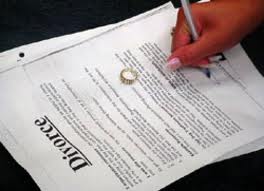 A person in the process of starting over, whether it was their choice or not, has a hole in their net. Divorce can shake you to the core, forcing you to evaluate who you are, what you want, and even if anyone will ever want you again. A perfect time to hear the call of Christ, who will never leave or forsake you. 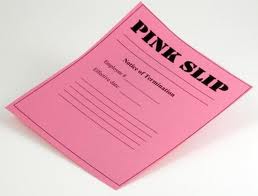 Job loss is at near epidemic proportions, bringing with it a culture of fear and desperation. What better time to hear that the Bible says 366 times Do Not Fear?

When we hear someone saying "I don't know how I will get through_______________", you are listening to someone with a hole in their net. Like the disciples losing their catch, life has gotten away from them.

Many of us who know the Lord met Him because we had holes in our nets; life got away from us, too.

I am praying that God open our eyes to those trying to repair their nets around us. May we have the courage to invite them to meet Jesus. 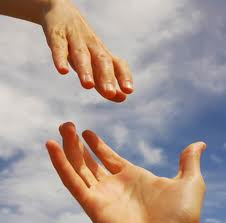 Debbie Giese
I'm a wife, mom, and grandma with a passion to reach the world around me, to bring hope to those who need it. Following that call leads to some interesting adventures. I love to encourage others to follow hard after God, whatever that looks like for them. Come hang out with me on the blog...perfection and pretense not required. We'll figure this thing out together. If you are looking for a speaker, check out my bio/topics page.

Promote Your Page Too

Topics I Write About